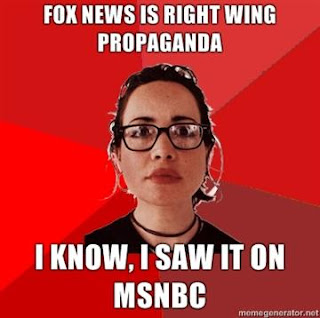 Sadly, it's true. There no longer exists impartiality on the internet and on the TV news and in newspapers (though the Wall Street Journal does a great job) Even Fox, while they do present both sides of the story and are the most neutral, lack in reporting ALL the news.
NBC and MSNBC is owned by GE (49%). Jeff Immelt is CEO of GE. And Jeff Immelt was given a job in the Obama administration.
It's like that now. It's all about pay to play -- and this is why Breitbart was such a warrior at wanting to expose the liberal agenda and how it is drowning out the truth.
Snopes is run by liberals.
And Politifact is run by liberals.
Unless you are really paying attention to politics - the average person does  not realize this - and uses Snopes and Politfact as a sensor of the truth.
Recently,  Lanhee Chen, Romney’s Policy Director, wrote an email about Politifact that said: “Putting aside the obvious problems with rating an accurate statement mostly false, your analysis in this instance was so inadequate that the piece ended up being little more than Obama for America spin,” Chen wrote.
Chen then noted that Politifact had an “embarrassing bias and lack of journalistic standards” but “far more troubling were the selection of your two experts” and rightfully called Politifact out on its blatant biases.
Chen was referring to Gary Burtlett and Betsey Stevenson, the two experts Politifact cited in its takedown of Romney.
As Chen noted, “Gary Burtless has already donated twice to President Obama’s campaign this cycle” and, “much more inexplicably, Bestey (sic) Stevenson, who you identify simply as ‘a business and public policy professor at Princeton University,‘ was until recently the chief economist for Secretary of Labor Hilda Solis.”
Regarding Stevenson, Chen wrote that he had “no way of knowing whether Politifact was aware of this and failed to disclose it, or whether she failed to identify her role in the Administration – frankly, I am not sure which would be worse.”

So, what can we do? Do everything you can to call these Liberal Organization out - if you have a blog - blog it. If you tweet - tweet it. Write an letter to the Editor of your local paper. Join politifact on facebook and refute the bias they post. Send out a mass email to your contacts. We have to out these "news sources" who pretend to be unbiased when in reality, they are anything but! There is also a website called "Politifact Bias" that exposes their liberal bias.