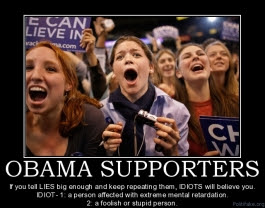 Ok.
So, I attended my first ever Tea Party meeting. I was really excited. Being as I live in an area swarming with Obama/Biden bumper stickers, I was really excited to meet other people who shared my same love of freedom and limited Govt.
I was a bit nervous. John teased me that the group would be made up of crazy right wingers wearing jeans up to their nipples and wearing a gun on each hip.
The meeting was held at a library.
I entered the conference room and there were about 7 people there - no guns, no high waisted jeans, everyone looked and acted normal.
The coordinator of the group was wearing an Andrew Breitbart T-shirt! I immediately relaxed and felt right at home. Everyone seemed harmless and perfectly sane.
With the exception of one person.
Though she appeared normal - she was quite kooky. As people were walking in - a total of about 20 people showed up - she was making odd comments and kept asking everyone if they wanted to share her bags of Swedish Fish.
I sat next to a lovely women named Jill and as we were talking, she was telling me that when ever she is paying for something at a store, she always brings up how crazy prices are and how she can't wait to vote in a new president and boot the failing Obama out. I wanted to HUG her!! That's #12 in the Breitbart in Action Plan!!! She had been to the Healthcare Rally in Washington and she was really helpful in explaining how the local chapters of PA Tea Party works.
The kooky nutty girl came out with these beauties: "No one hold this against me, but I voted for Bush. It was the worst mistake I've ever made. It was the first time I ever voted though so I didn't know what I was doing."
Uh. What? I'm no fan of Bush's second term - but compared to Obama - he's aces!
When it came time for the new people to introduce herself - the first guy said he was previously a socialist but had seen the light!
Then it was kooky girls turn. She stated her name - "I'm 25. I go to Montgomery Community College. And I'm a Democrat."
Whew. What a relief to know that the off the wall chick was a Democrat. Of course, that explained everything!
The leader of the meeting welcomed her and said, "Everyone is welcome here. Democrats. Libertarians. Conservatives. Independents.
"What's the difference between them?" Kooky Democrat asked.
OMG.
Then a bit later she asked when we were going to talk about "Crooked cops."
WTF.
She made odd comments like that the rest of the night - and I have to say - made the evening very entertaining.
Seriously? These are the people voting for Obama. This is what we're up against. However, I have to say, the group was extremely nice to her. Maybe she had been in the library and wandered in when she realized there was free food - maybe she was a plant - though she didn't seem bright enough to act that stupid - if she did, she deserves an Oscar.
Perhaps because the group was so accepting of her - she'll realize that the right is actually way more tolerant than the left - perhaps she'll realize that her best chance for success is not casting her vote for Obama.
It was an interesting night. It was great to meet people "in the flesh" instead of just "online."
There are a few tea parties in my area - though none in the county I live in (which I might change!). I plan on visiting as many of them as possible to meet new people and learn new things and see how I can best help.
I used http://www.theteaparty.net/ to find my local groups.
If you're ready to help get our Country out of this mess Obama has made of it - try attending a meeting - I can't promise it will be as entertaining as the one I attended - but at the very least - you'll make a friend or too, and there's always the lure of free food!!