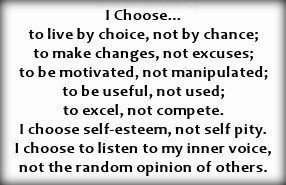 When Breitbart first died, I, like so many others, felt the loss deeply. I immediately wanted to reach out and start a "Team Breitbart" - an army of Breitbart believers. But then, somewhere along the way, I realized that being Breitbart is not about being part of a "group" - it's being part of every aspect of the conservative/libertarian movement. Breitbart did collaborate with people on exposes - but just as often as he collaborated, he did things on his own - like showing up at Liberal events wearing rolling skates while holding a video camera.
That is the beauty of being Breitbart - just like our country was initially founded on INDIVIDUALISM - so too is the act of "Being Breitbart." Yet, taking individual action makes you part of the Breitbart community.
Being Breitbart means you don't need to wait for permission to take action, you don't need to rally a group, you aren't afraid to speak out against your own "party" if you disagree with a topic.
As one of my favorite Tweeters; Dustin Alfortish ‏- @lfortishwrote to me: " Breitbart is cocktail napkins and wine and cell phones and research and writing and cameras and twitter and behave yourself and..."

Breitbart is NO FEAR. Breitbart is unity through individuality. Breitbart in no rules.
I can't believe my month of "Breitbart In Action" has come to a close. I worried I'd run out of "Action Ideas" - but I realize they are endless.
I hope that some of these ideas launched you into a pool of creativeness - lit a fire under your butt - I hope that every single day you can do at least one thing to bring awareness to the fact our freedoms are eroding - under Obama, under the Democrats, under those Republicans who misrepresent conservative ideals.
Twitter, Blog, talk up cashiers, leave post it notes, stand on a street corner with a NO OBAMA sign, roller skate your way into a Liberal event! 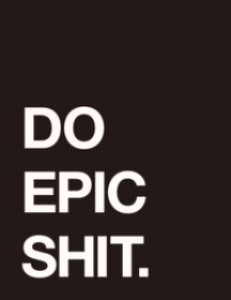 You don't need to belong to a group to be Breitbart - yet when you step out and take action - you automatically are part of the Breitbart community.
Carry on Breitbart soldiers - I mean that literally and figuratively!
We must always remain vigilant - no matter who is sitting in the White House.
Do It For Freedom. Do It For Fun. Do It For America. Do It For Breitbart.