Day 8 - Breitbart in Action - Say No To Washington Pork 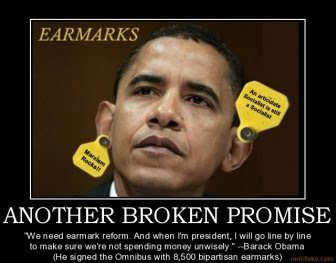 I love pork. Bacon is a sure sign there is a heaven and God wants us to be happy. However, I think pork belongs on the table, not in Washington.
Recently I read a disturbing article on Breitbart.com about the possible return of earmarks. Click here for link to story.

The way I see it, we have way too many laws as it is, and if our Washington representatives think that the only way to move bills through both houses is to attach monetary rewards to them... that defeats EVERYTHING.

I honestly can't think of ONE good thing about an earmark. Please take the time out to write or tweet to the people listed below and let them know what you think about spending YOUR money on earmarks. I'm crushed to learn that Louis Gohmert was among those wanting a return to the practice of bribery.
These are the people mentioned in the article - this by no means is a list of Reps. who support earmarks, only the ones mentioned in the Breitbart article.

I'm proud to say that my Senator, Pat Toomey @SenToomey http://www.toomey.senate.gov/  is behind a bill to permanently eliminate earmarks (and he also opposes SOPA/PIPA) ! Along with Claire McCaskill  https://twitter.com/#!/clairecmc http://mccaskill.senate.gov/  (D-MO)

Bookmark this website to keep your eye on wasteful government spending: Citizen Against Government Waste http://www.cagw.org/


FDR used it to great effect and President Nixon is reported to have used earmarks to help win support for re-election by sending funds to key states or voting blocs.
But President Obama has vastly expanded the practice.
Numbers from the non-partisan Congressional Research Service show that the value of administration earmarks under President Obama increased by a 126 percent in his first two years in office and the actual number of administrative earmarks increased by 54 percent!