My Parents Wouldn't Let Me Hang Out With Obama 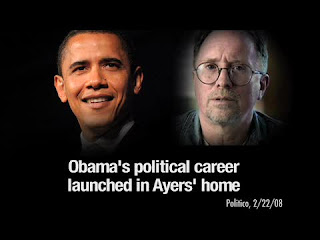 ***Please note, I sent this to my mom before publishing, and she wrote back and said: "I haven't had a chance to read this whole thing; however, what I did read made me appalled.
Please take out references to 'My Parents' - your parents did not raise you to be a bigot, vindictive and spiteful. If you don't take out the references, please put in a disclaimer that your parents do not condone, endorse or agree with what you wrote."

At first, I was hurt, as my mother has done what every "tolerant" liberal has done, accused me of being racist  (though she is the first person to accuse me of being a bigot). A bigot is someone who, the more education or "facts" that are brought to light, the more the person refuses to accept or even open their mind to the possibility of that there is another side to a story. I have spent 3 months revisiting the Constitution, revisiting the American Revolution and the history of presidencies leading up to Obama. I've read books by Breitbart, Goldwater, and I'm reading "Blacklash" by Deenen Borelli now. I've watched ALL the news programs. I've tried to understand what liberals believe and why they believe it. But according to my mom, I didn't grow up in the 60's - so my opinion is incorrect, apparently, my mom, who is a voracious reader, doesn't believe I can learn anything by reading. Her letter, sadly, proves that the left are the most intolerable judgmental people - she calls me a bigot...yet she admits she didn't even READ the  whole essay!!! She didn't offer any sort of rebuttal - simply called me names. I'm quite accustomed to being attacked for fighting for freedom, liberty, and a return to the Constitution - but I have to admit, it did throw me for loop to be attacked by own flesh and blood. Well, I'm not gonna cry over it - as a matter of fact, it just solidifies I need to fight harder and louder.