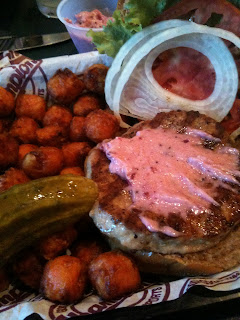 Let’s remember- it’s not so long ago that I woke from my apathetic political slumber. So, to be perfectly honest – I had no idea that every 4 years before an election – both political parties wrote their own “contract” so to speak – of what they wanted the newly (if) elected president/and party to accomplish during their four years in power.
So when FreedomWorks contacted me and offered to send me to Tampa to talk to the delegates and explain the FreedomWorks Platform, hoping they would understand and love it as much as we did and try to get it incorporated, I said... “Let me...YES!”
I had no idea what to expect, being as I had no idea that a Republican Platform EXISTED!!!
In getting ready for my trip, I read the last 2 RNC and DNC Platforms. I shot my “Mika 12 for 12 Freedom Platform Video” and sent emails and phoned my delegates. No one called me back, and I felt A) Relieved, because y'all know how much I love the phone and B)Worried that no one wanted to talk to me!
Well, guess what - it seems like our 12 for 12 Freedom Platform was for the most part, already accepted. Thanks to all the grass roots activists who called (Governor McDonnell said his office was inundated with phone calls in support of the FreedomWorks Freedom Platform!!) Was that YOU, readers??? I know some of those calls were from you guys because you're the kind that value action!!! So thank you, thank you, thank you!!!
Monday morning, I met up with 11 other people chosen by FreedomWorks to reach out to the delegates and be present for the Committee meetings in Tampa. We were from various swing states and very active in our home-states fighting for freedom! (Freedom Ninjas per Austin, The Producer) We ate breakfast at the hotel and had a fabulous view overlooking the bay.
Then we walked down the street to the Marriott where the meetings were taking place.
The delegates (voted on in their home state) met in the morning to talk about about the various sections(Jobs/Economy/Healthcare/Education/Etc.). Then they broke up into groups and discussed the ideas they wanted to put into the 2012 Republican Platform.
Congresswoman Marsha Blackburn also pushed for the FW Freedom Platform - the Tea Party has an ally in Blackburn. Also - Romney seemed to be willing to listen and accept what us, tea party, activists, are concerned about. I can't tell you how optimistic this makes me!
The FW Team (I LOVE them, what a fabulous bunch of smart, fun, Patriots!!!) sat in the various
topic discussions. Though really, for me, it's all about cutting regulations and spending (the foundation of our Country - we must strengthen that for security and prosperity) - I sat in a discussion in which Gay Marriage came up. It seems like the young people are pushing for "softer" language (though some older folks agreed also!). All the delegates did agree that we must respect everyone know matter what their religion or sexual orientation; however, the language and how to incorporate it was a long, interesting, sometimes heated discussion.
The Platform hasn't been finalized yet, so I'm not sure what the final outcome will be.
We ate lunch at Champions where I had a strawberry martini and a turkey burger with cranberry mayo and sweet potato tater tots (OMG- they were so crisp and wonderful!). In the afternoon, more meetings, and then we all met at dinner at Jackson's where we ate outside overlooking the bay. A tremendous storm blew in soon after and I watched an awesome lighting show from my spacious but cozy hotel room!
It was a day full of learning and it was totally fun.

And I love FreedomWorks and everyone who was selected to be on this team. There are no egos here; there is only friendship and enthusiasm!