A Liberal Wonders Why There Is No Mystery In Sex

Amore: An American Father's Roman Holiday by Roger Friedland.  This is a difficult book to review. I appreciated the scenery and experience that Friedland and his family had in Italy. Though at times, Friedland was heavy handed with description which bogged it down at almost 400 pages. I feel like 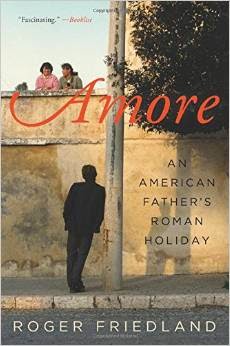