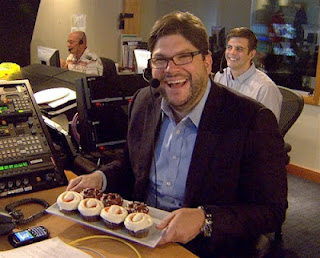 (Scroll down for update if you've already read)

NBC reported that they fired the producer responsible for doctoring George Zimmerman's 911 call to make it seem as if Zimmerman was a racist - thus inflaming the black community and giving race baiter's Al Sharpton & Jesse Jackson ammunition.
NBC didn't release the name of the producer fired - but an unconfirmed leak reports it is producer Jim Bell.
Does it matter that the reports aren't confirmed? Does it matter that I don't have all the facts? Well, turn about is fair play, isn't it? Did NBC, MSNBC, ABC, CBS and CNN have all the facts before they started reporting on the Trayvon Martin story? No, not at all, but that didn't stop them from reporting the story, and reporting it in a very biased way - not only that, but as evidenced by news that 911 clips have not only been edited to make Zimmerman appear to be a racist, but now there is evidence that the call was altered to make it seem as if Zimmerman called him a coon - which he did not.
It took a case like this to prove what Anderw Breitbart and Conservatives have been saying for years now- that media is sleeping in the bed of liberalism and not living up to their ethical duty to report news in a "FAIR" and unbiased manner.
But what do they report? They report that the GOP has a war on women - instead of reporting news that is relevant to Americans: Unemployed women under Obama has risen from 7.0 to 8.1. The poverty rate of women has risen from 13.9 to 14.5 THE HIGHEST IN 17 YEARS. The poverty rate for black women? 25.6. For Hispanics - 25%.
Instead, they try to divert America's attention away from the horrible economy, the rising gas prices, Obamas war on American Energy, Obama's outlandish vacations at the expense of tax payers and the Govt's outlandish spending on Govt. functions - by thinking women are dumb enough to be concerned about birth control rather than finding a job to support their family.
They taint the news to divert attention away from the fact that blacks are suffering more now under the 1st black president of the United States than any other President. Instead of reporting the news - they spin it to divert our attention: OMG - some poor black kid was murdered in cold blooded by a white (as initially reported) racist man!!
If the news lived up to their ethical standards - American's would be saying; OMG - Obama's administration has put more people on foodstamps and welfare than any other President!
American's are slowly waking up and turning to places like Breitbart.Com - who was the first to expose the NBC 911 doctoring, the first to zoom in on the video showing Zimmerman getting out of the police car and that he did indeed have a large laceration to the back of his head).
This proves you can fool some American's some of the time - and you can fool Liberal's 100% of the time. Thankfully, however, the majority of this country still believes in the Constitution, and our voices are getting louder by the minute.
Unlike Main Steam Media, Truth will always prevail.
Jim Bell has recently protected his Twitter account, but you can still send him a tweet or two and let him know what he did was unethical! @jfb  and add the hashtag #teamdueprocess
Wife is Angelique Febles Bell (was also a producer at NBC) @angeliquebell (twitter)


UPDATE 4/9/2012: Spoke with Jim Bell's secretary today. Poor girl has to work while Mr. Bell is having a holiday - nice to know some people are enjoying themselves, unlike George Zimmerman who was made to look like a racist through the hands of selective editing by NBC.
Anyway.
Mr. Bell has not been fired. And when I asked his secretary if she knew which producer had been fired she said no. I said, 'You know who has been fired but can't say? Or you don't know the name of the producer NBC is claiming they fired?"
She said, "I actually don't know who's been fired."
Quite frankly, I think I've joined the camp of those who say since NBC isn't releasing a name, no one has been fired. They've already proven their excellent at Obama's game of deceit in the name of ratings - despite the consequences of personal harm to innocent people.